Why in Database: Absolutely classic adventure book – with three fragments with mentions of turtles, all of them we quote below (translated by Frederick Amadeus Malleson):

Still my imagination carried me away amongst the wonderful speculations of palæontology. Though awake I fell into a dream. I thought I could see floating on the surface of the waters enormous chelonia, pre-adamite tortoises, resembling floating islands.

Hans wants to tack to get away from this dangerous neighbourhood; but he sees on the other hand enemies not less terrible; a tortoise forty feet long, and a serpent of thirty, lifting its fearful head and gleaming eyes above the flood.
Flight was out of the question now. The reptiles rose; they wheeled around our little raft with a rapidity greater than that of express trains. They described around us gradually narrowing circles. I took up my rifle. But what could a ball do against the scaly armour with which these enormous beasts were clad?
We stood dumb with fear. They approach us close: on one side the crocodile, on the other the serpent. The remainder of the sea monsters have disappeared. I prepare to fire. Hans stops me by a gesture. The two monsters pass within a hundred and fifty yards of the raft, and hurl themselves the one upon the other, with a fury which prevents them from seeing us.
At three hundred yards from us the battle was fought. We could distinctly observe the two monsters engaged in deadly conflict. But it now seems to me as if the other animals were taking part in the fray—the porpoise, the whale, the lizard, the tortoise. Every moment I seem to see one or other of them. I point them to the Icelander. He shakes his head negatively.
”Tva,” says he.
”What two? Does he mean that there are only two animals?”
”He is right,” said my uncle, whose glass has never left his eye.
”Surely you must be mistaken,” I cried.
”No: the first of those monsters has a porpoise’s snout, a lizard’s head, a crocodile’s teeth; and hence our mistake. It is the ichthyosaurus (the fish lizard), the most terrible of the ancient monsters of the deep.”
”And the other?”
”The other is a plesiosaurus (almost lizard), a serpent, armoured with the carapace and the paddles of a turtle; he is the dreadful enemy of the other.”

And leaving Hans to his work we started off together. The space between the water and the foot of the cliffs was considerable. It took half an hour to bring us to the wall of rock. We trampled under our feet numberless shells of all the forms and sizes which existed in the earliest ages of the world. I also saw immense carapaces more than fifteen feet in diameter. They had been the coverings of those gigantic glyptodons or armadilloes of the pleiocene period, of which the modern tortoise is but a miniature representative. 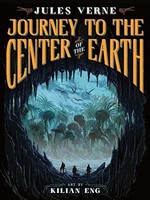 Why in Database: A movie based on a Shakespeare play, the turtle (tortoise) is only mentioned in the dialogue, used as a term for someone who did not respond quickly enough to a call.

Why in Database: The turtle only appears in this movie in dialogue. The main character, answering the question about superpower she would like to have, says that she would like to be able to change into any animal, including a turtle.

– I wanna be like that guy who had this. He was like that fucking guy who could turn into any animal he wanted, remember? Yeah, you had to have seen it, it was a show. Yeah, and so this fucking guy, he could be like a fucking turtle or a cheetah, you know? It was a show, right? But he, you know, just whenever you need it, man.
– This was a show?
– Oh, yeah. It was badass.
– Well, when exactly do you need to turn into a turtle? And what kind of trouble are you in that you need to be a turtle? I can see you being a cheetah.
– Sadie, what the fuck? What do you have against turtles, man? All kinds of fucking turtle trouble, you put on your stealth situation…

Why in Database: The turtle appears only in the dialogue, one of the characters is giving the heroine an undefined drink and says, that it is a more comfortable method than a turtle shell – it is about preventing pregnancy, but I do not know the details, “what she meant”.

– It’s not infallible. It’s more comfortable than a turtle shell.

Why in Database: The turtle only appears in the texts/dialogues in this movie. The very beginning of the film is a quote about the life of a turtle and a tiger (implicitly, a tiger has an interesting life, a turtle life is mayby longer, but boring). Later, the main character loosely repeats the same text, once in an extended form and once, addressing a policeman, in the very short form.

– And I think that it’s better to live one year as a tiger than 20 years as a turtle. I don’t wanna live like a turtle. I wanna be a tiger.

Why in Database: Turtle element appears only in the dialogue, when the main character is tied to the beams arranged in a cross, one of the characters tells him not to fall on his back, because he will be like a turtle (implicitly: he will not be able to get up on his own).

Hey, don’t fall on your back. You’ll be like a turtle.

Why in Database: One of the teams involved in the competition was called “The Turtles”, you can see that name once on the screen, it is also mentioned by commentators.

Why in Database: In one of the episodes, the eighth in the third season (He is Risen) turtles are mentioned in the dialogue – in the form of a delicacy/sweetness that heroine proposes to mans sitting on the couch. We have described some ads of sweets called “turtles” in our database, maybe that’s them.

– Anyone for a turtle?

Why in Database: There is only one mention of the turtle in this book, in the name of the ship, HS Terrapin.

Why in Database: We found turtle elements in two episodes of this series. In the second episode of the first season (Cuchillo) the character of a criminal arrested for smuggling turtles appears, it is mentioned that he tried to smuggle turtles, attached with duct tape to his legs, therefore he is referred to by the heroes as “Reptile man” and “Turtle man”. When he is arrested, he is in a warehouse with various terrariums. He tells the people who are arresting him that the snake should be fed with two medium-sized rats and that the turtle has a very specific diet and he will write it down for them.

The second appearance is in Season 2, Episode 19 (Invisible), it is a figurine of turtles, standing in the backyard.

– Arrested LAX three days ago on a flight from Thailand smuggling exotic turtles strapped to his legs.

– Hondo, you got the One-Niner and Reptile Man.

– We talked to the manager; he’s gonna text me if Turtle Man shows up.

– He gets two medium rats, and the turtles need a very specific diet. I’ll-I’ll write it down for you.