Why in Database: In one scene a real turtle appears, one of the protagonists use him to scares another, blindfolded one.

Why in Database: Documentary’s film on the boxed Halloween costume business, it tells the story from the beginning of the business to the present day. Turtle elements come in the form of costumes of Ninja Turtles, which went to shelves during the popularity of the first animated series. A fragment of the opening sequence of this series is shown, of course the costumes themselves, as well as some Ninja Turtles figures.

Why in Database: The turtle appears in this film mainly in the form of a figurine that the main character has on the porch of his house, he is hiding the entrance keys under him.
The second appearance is the book Some New Kind of Slaughter, with a turtle on the cover, it can be seen on a shelf in a store where one of the characters works.
The third turtle element is more of a curiosity – the main character goes to the cinema with his friend, he choose quite old movie, His Girl Friday – we mention it because we have this movie in our database. An excerpt of this movie is shown, but not the scene where the turtle is mentioned.

Why in Database: In one scene, the song “Happy together” by The Turtles is used as the soundtrack.

Why in Database: At the very beginning, you can see the figurine of Ninja Turtle.

Why in Database: There’s a fragment of the short film The Pogo Special Birthday Special, showing a turtle.

Why in Database: The turtle appears in one scene, first we see him being held by the boy, then he disappears from view for a moment, only to come back (dead) in hands of the main character, unfortunately she also carry a knife (we do not show the screenshots from this fragment).

Why in Database: A film about collectors of retro computer/console games. It should come as no surprise that you can see stuff related to Pokemon (Squirtle appears on the cover of something in the display case), Mario (various figures and “posters”) and Ninja Turtles (T-shirts, pendants, hat, game etc.). In addition, the Turtle Creek location is mentioned.

Why in Database: A movie based on a Shakespeare play, the turtle (tortoise) is only mentioned in the dialogue, used as a term for someone who did not respond quickly enough to a call. 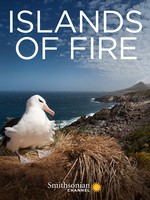 Why in Database: There are several scenes with swimming sea turtles as well as on land, while laying eggs.