Why in Database: In this production, turtles appears only in the showed fragments from other works. In order, we first see the turtle scene from Battle of the Planets.
Next, important for TD are Ninja Turtles, specifically, the opening from 1987 animated series, several other versions of these characters are also shown. The last turtle item is Squirtle, one of the turtle Pokemon, seen in a scene from the movie Pokémon: The Movie 2000 – The Power of One.

Why in Database: In one scene, Geppetto wonder how to name a figurine he has created. He considers the name Leonardo, but states, among other things, that he doesn’t want him to become a pizza-obsessed turtle, which is an obvious reference to Ninja Turtles.

– Maybe Leonardo? That won’t do either. He’d grow up to be a selfish actor, or an artist, or a turtle who only cares about pizza.

Why in Database: The poster of the first TMNT movie is shown.

Why in Database: In an article shown at one point, you can see that Ninja Turtles are mentioned.

Why in Database: The poster of the first TMNT movie is shown.

Why in Database: A movie about people collecting films on physical media. There are several Ninja Turtles elements in it. Plush toy, figurines, some edition of one of the movies. A VHS tape with the animation Cartoon All-Stars to the Rescue is also very clearly shown. Probably on shelves full of movies, shown for most of the time, you could find more items that we already have described in our database.

Why in Database: Two Ninja Turtles related things appear here. Firstly you can see a TMNT T-shirt worn by one of the characters, later there is a person dressed as April O’Neil. In one scene, there is also a tiny children’s pool with a drawing of something that could be considered a turtle.

Why in Database: Movie with the Ninja Turtles – but not just a typical four, but three sets of them! As part of the action, turtles from 1987 series meet their incarnation from the and 2003 series and we see these two groups throughout most of the film. In the final part, the first incarnation of turtles, from the Mirage comics, joins. In the form of single shots in the “turtle multiverse review” scene, you can also see other versions of turtles.

Why in Database: Turtles appears in this series in several forms. First, in opening there is an excerpt from the movie One Million Years B.C., with turtle – and of course the opening appear before all episodes.

Another form is plush Squirtle, one of the Pokemon. We spotted him in season two, episode eight (Therapy), sitting behind the main character. In episode 10 (The Bully) you can see him in the background, behind the brother of the main character (you can also see another Pokemon, Charmander), in episode 20 (Bowling) you can probably also see him on the floor of the room and lying on the bed. He also appears in the fourth season, in the twenty-second episode (Day Care) – the title character’s brother uses him as a pillow. We do not exclude that this list is incomplete and there are more episodes in which this plush toy appears.

The other three cases we found were one TMNT toy and two mentions in dialogues.

In the seventh episode of the third season (Christmas) one of the cahracters, Francis discovers grandmother’s hiding place full of Christmas presents that she never gave, one of these gifts is a Ninja turtle figurine, Donatello.

Also in the third season, in Episode 16 (Hal Coaches), there is the usual mention that one character have a turtle.

– Hey, you didn’t see the look on her face. I’m kind of scared to even go into work tomorrow. You know, she does have a turtle.

In the thirteenth episode of season six (Tiki Lounge) the main adult characters exchange informations, Lois says she had a turtle named Lee Majors from whom her family contracted salmonella.

– Think, Lois. I want to know everything.
– I had a pet turtle named Lee Majors. He gave my whole family salmonella.
– I thought I loved you four seconds ago.

In addition to our entire music base (and a separate note in which we present the songs wih references o TMNT), in two separate texts we decided to present the CD/Vinyls/Tapes covers related to Ninja Turtles and to Pokemon.

For start, six classic soundtracks from all cinema films. Below, there are two additional editions of such soundtracks, in languages other than English. 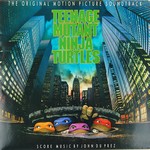 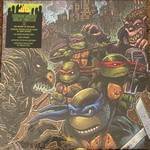 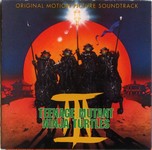 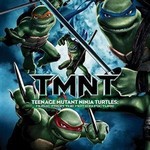 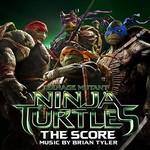 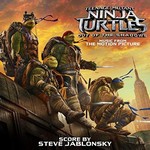 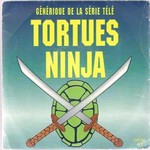 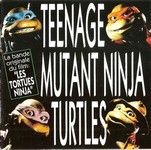 The next two covers are from productions other than films: 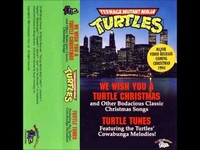 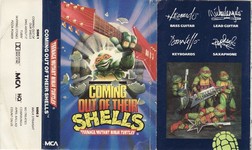 The next four covers also include (among others) songs from film soundtracks, but are focused on specific artists: 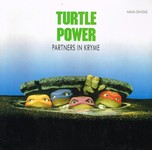 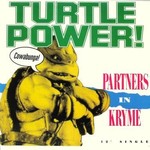 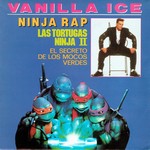 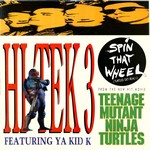 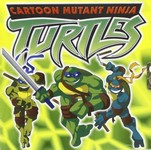 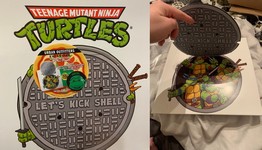