Space Dogs: Adventure to the Moon 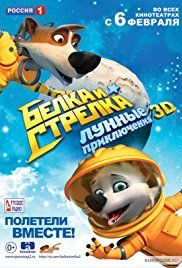 Why in Database: There are several turtle themes in this animation. First of all, there are two turtle employees, shown when reloading a load and on a bus when they returned from work. They are also shown in the form of a drawing during the end credits (in a Star-Wars climate). Besides, the turtle symbolism appears twice, in the hospital one of the injured monkeys has a turtle painted on a cast, there is also a turtle symbol on a pot..