Here on the islands, where there was little vegetation, one species fed on seaweed and clung to rocks among the surging waves with unusually long and powerful claws. There were tortoises, very similar to the mainland forms except that these were many times bigger, giants that a man could ride. The British Vice-Governor of the Galapagos told Darwin that even within the archipelago, there was variety: the tortoises on each island were slightly different, so that it was possible to tell which island they came from. Those that lived on relatively well watered islands where there was ground vegetation to be cropped, had a gently curving front edge to their shells just above the neck. But those that came from arid islands and had to crane their necks in order to reach branches of cactus or leaves of trees, had much longer necks and a high peak to the front of their shells that enabled them to stretch their necks almost vertically upwards.

Put briefly, his argument was this. All individuals of the same species are not identical. In one clutch of eggs from, for example, a giant tortoise, there will be some hatchlings which, because of their genetic constitution, will develop slightly longer necks than others. In times of drought they will be able to reach leaves and so survive. Their brothers and sisters, with shorter necks, will starve and die. So those best fitted to their surroundings will be selected and be able to transmit their characteristics to their offspring. After a great number of generations, tortoises on the arid islands will have longer necks than those on the watered islands – one species will have given rise to another.

We have since introduced many other mammals, but even now there are small remote islands in the group where the rocks are still covered with herds of lizards, where giant tortoises lumber through the cactus and where you feel, as you land, that you have stepped back 200 million years to a time when such creatures dominated the planet.

Water retains its heat much longer than air, so the effects of decades-long winter are much reduced. It may also be that some species escaped by swimming to warmer latitudes. Significantly, the three main types of reptile that survive today from the time of the dinosaurs – the crocodiles, the lizards and the tortoises and turtles – are able to take advantage of one or other of these expedients.

The tortoises have an ancestry just as ancient as the crocodiles. Very early in their history, they invested in defence. The crocodiles had strengthened their skin with small ossicles beneath the scutes of their backs. The tortoises took even more extreme measures, enlarging the scales into horny plates. They also reinforced them from below by expanding and flattening their ribs to create a continuous bony shield just beneath the skin. As a result, their bodies became enclosed within a virtually impregnable box into which they could withdraw their head and limbs when danger threatened. But this had serious consequences. Many reptiles and indeed mammals like ourselves draw air into our lungs by expanding our chests. Lifting our ribs enables us to do this. But the tortoises with their ribs flattened and joined together cannot do so. Instead, they have had to develop another method. They use a unique kind of muscular sling that creates an internal diaphragm which inflates and deflates the lungs. It may not be quite as efficient a way of breathing, but the tortoises now have by far the most effective armour developed by any vertebrate. It has certainly served the tortoises well, for they have remained virtually unchanged from that day to this.
The one major variation on the basic pattern arose very early in their history. One group took to the water and became the turtles. It was a logical move for a creature with heavy bulky armour that made movement on land laborious and energy-consuming, but one of their newly acquired reptilian talents prevented them from becoming totally at home there. The shelled egg that had enabled their ancestors to become independent of water was useless in it. In water, the young would drown within their shells. So the female turtle, every breeding season, has to forsake the open ocean, swim to coastal waters and then, one night, haul herself with great labour up a sandy beach, excavate a hole and lay eggs, just as her land-living relations do.
The third group of reptilian survivors, the lizards, are now very much more numerous than either the crocodiles or the tortoises and turtles. They have also changed to a much greater degree from their ancestral pattern.

Elsewhere in the world it is still possible to discover just what purposes rock painting can have to a hunting people. In Australia, the Aboriginal people still draw designs on rock that are, in many ways, very similar to the prehistoric designs of Europe. They are painted on cliffs and rock shelters, often in parts that are extremely difficult to reach; they are executed in mineral ochres; they are superimposed one on top of another; they include abstract geometrical designs and stencilled handprints; and very often, they represent creatures on which the Aborigines rely for food – barramundi fish, turtles, lizards and kangaroo. 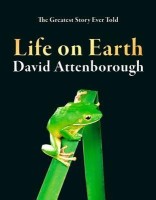