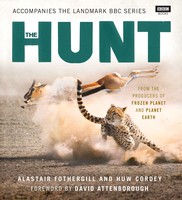 THE BORDERLAND NURSERY It is not only fish that risk predation when they come to the boundary between land and sea to breed. The ancestors of today’s sea turtles were land-based reptiles, and the eggs of today’s turtles still need to be laid on dry land. Most turtles tend to nest on remote islands where the range of predators is smaller, and they usually breed en masse as a way of diluting the pressure of predation. The tiny sandy Crab Island off Cape York Peninsula in Australia is one of just a few isolated breeding sites for endangered flat-backed turtles. When these metre-long (3-foot) turtles drag themselves out of the surf, you would have thought their rigid carapace would be defence enough. But waiting for them on the beach are saltwater crocodiles. These 6- or 7-metre (more than 20-foot) monsters have swum all the way up the coast to arrive at Crab Island just as the turtles arrive to breed. Saltwater crocodiles have been seen to pick up whole turtles, throw them into the air and then catch and crush them in their powerful jaws. Even if the adult turtles manage to escape the gauntlet of crocodiles and lay their eggs, a range of other predators are waiting in the wings. The hatchling turtles tend to emerge under the cover of darkness, but even then there are hundreds of night herons picking them off the beach. Some pelicans even take beakfuls of sand and sieve out the hatchlings. And if the babies reach the sea, there are fish and sharks waiting to eat them. One turtle that nests on mainland shores in great numbers is the olive ridley. Along the coast of Costa Rica, for instance, these turtles and their hatchlings have to deal with predators as large as jaguars, as cunning as coatis and raccoons, as agile as frigatebirds and as determined as ghost crabs and even ants. Their response is to concentrate their egg-laying into just a few nights. Tens of thousands of olive ridleys synchronize their nesting into a mass spectacle called an arribada. In some places, to many turtles crowd the sand that it would be possible to walk from one end of the beach to the other on turtle backs alone.

• Arrival of the olive ridleys. Thousands of female olive ridley turtles haul up at Ostional. Costa Rica, in November, at the beginning of the annual arribada -the mass beach-nesting event. Though some turtles are caught by jaguars and crocodiles, many more Predators (including humans) are after their eggs and, later, the turtle hatchlings as they race to the sea.

The nekton, by contrast, swim. Far less abundant than the plankton, they include most of the fishes and squids, the turtles and sea snakes, the penguins and of course the marine mammals, including the great whales.

Sailfish are the deepest-diving billfishes. They have large, sensitive eyes, behind each of which is a specially warmed muscle to keep everything working at depth. Of the turtles, most stay in shallow waters, but leatherbacks can go to 1300 metres (4265 feet) looking for jellyfish. Unlike the other turtles, leatherbacks have highly flexible shells that don’t fracture under pressure.