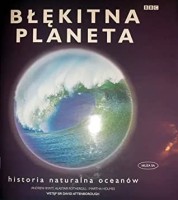 Olive ridley turtles also seem to coordinate their egg-laying with the tidal cycle. On just a few nights each year, tens of thousands of females emerge together on just a few beaches worldwide in a breeding spectacle called an arribada. These arribadas always start when the moon is in first or last qurter. This is the time of neap tides, when the sea tends to be calmer and more of the beach remains exposed, making egg-laying easier.

they will eat practically anything, and will even grab unfortunate turtle hatchlings down indo their burrows.

In Costa Rica the mass nesting of thousands of Olive Ridley turtles supports hundreds of black vultures which patrol the beach each morning. As the rising tide washes turtle eggs out of the sand, the vultures snap them up.

The ancestors of today’s sea turtles were originally land-based reptiles, and as they still lay eggs with shells, they have no option but to deposit them on dry land.

Just like sea turtles, the world’s sea birds have no option but to return to land to breed.

Despite this, in the afternoon, when photosynthesis and therefore oxygen production is at its peak, the leaves of Thalassia testudinum swell up 250 per cent and become oval in shape because they cannot get rid of the oxygen quickly enough.

Seagrass meadows also grow quickly, some plants extending by as much as 5-10 mm (0,2-0,4 in) per shoot per day, so they are a valuable source of food for herbivores, such as sea urchins, fishes, turtles and dugongs.

Leatherback turtles are cold-blooded reptiles which breathe air, yet still dive to depths in excess of 1300 m (4265 feet). Weighing up to 1000 kg (2200 lb), these giant creatures are superbly adapted navigators and divers, with a preferred diet of jellyfish. They migrate thousands of kilometres to reach their temperate feeding grounds, where immense concentrations of plankton are found in the deep scattering layer (> p. 328). During the night, this layer is at depths of as little as 100 m (330 feet), but by day it migrates to over 500 m (1640 feet) down.The turtles follow with ease, their bodies being coated in smooth skin to improve their hydrodynamic performance. Unlike other sea turtles, leatherbacks have a flexible shell made of ribs set in a thick, oily cartilage and covered with a pattern of bony plates. This helps them to cope with the pressures of deep diving. Most staggering of all is the speed of their dives: in as little as 10 minutes they can plummet vertically downwards for 500 m (1640 feet), feed and return to the surface, repeating the performance five times each hour.

The massive leatherback turtle persues plankton far down in the deep scattering layer, but perhaps the most bizzare planktivore of all is the giant sunfish.

The bended pilot fish does this, travelling in the slipstream of creatures such as sharks and turtles. 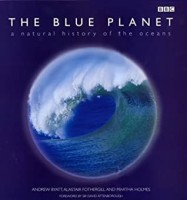 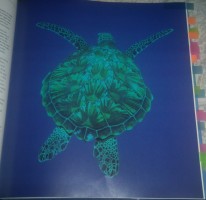 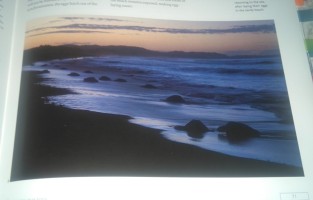 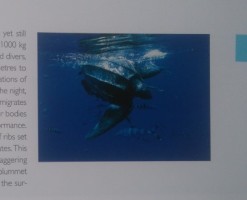