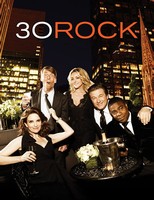 Why in Database: We found turtle elements, mainly in form of verbal references, in nine episodes of this series:
Season two, episode fifteen (Cooter) – turtle is mentioned in the dialogue, one character says that part of his nickname, cooter, he got because he looks like a turtle (and the word is the name of one species of turtle). In another scene, on the door behind one of the characters, you can see a drawing of a turtle.

– He gave you two nicknames?
– “Cooter” because I look like a turtle and “berger” because he saw me eating a hamburger one time.

Season four, episode six (Sun Tea) – mentioned in the dialogue, comparison to a turtle that has lost its shell.

Season five, episode six (Gentleman’s Intermission) – A turtle is mentioned during the end credits, a character pretending to be someone else says she saw a turtle.

Season six, episode three (Idiots Are People Three!) – A verbal reference to the Entourage series is made and the name/ nickname of one of the characters is chanted.

– Because of you, there may be an entourage movie.
– Hug it off, ma’am!
– Turtle, turtle, turtle!

Season six, episode five (Today You Are a Man No) – there is a reference to the Wonder Pets series and the turtle from this show.

– You watch the Wonder Pets on Nick Jr.? I represent the turtle that tuck is based on.

Season six, episode nine (Leap Day) – a turtle is mentioned in the dialogue.

– Thad’s been in his little nerd world for so long and now he’s peeping out of his shell like a… um, oh, what’s that animal? You know, the one that crosses so slowly across the road and then you swerve to make sure you hit it and then a car coming the other way swerves to avoid you and goes off a cliff. And then that night you and your companion have the greatest sex of your lives because you’re both sharing a secret.
– It’s a turtle, Jenna.
– Yes, he’s a turtle. And he’s coming out of his shell for the first time. And when he does, he’s gonna see this.

Season seven, episode three (Stride of Pride) – Squirtle, one of the Turtle Pokemon is mentioned.

I have to break it off with a woman I’m seeing. I found out I’m just an aging Squirtle in her Pokemon.

Season seven, episode twelve (Hogcock!) – “Turtle meat” is mentioned and what appears to be a turtle shell is visible.

– Well, can I get you anything… Chickpeas, moonshine, turtle meat? I’m good.